Fun with George and Dave

George Strait isn’t doing a show in Florida for his farewell tour?   Are you kidding me? What are we going to do? This was Eric’s and my dilemma several months ago when King George released the schedule for his last ever concert tour. This was just not acceptable; we had to see him one last time.  So we poured over the tour schedule to decide where we would be traveling. And there it was – Nashville! It’s within driving distance (saves money), we have friends there with a guest room (saves even more money), and we could stop by Financial Peace Plaza to see the Dave Ramsey Show in person! Decision made. All we had to do was make sure to include saving for show tickets and the trip expenses in our monthly budget.

I’m writing this while driving home from our awesome trip to Nashville.  At the Dave Ramsey Show 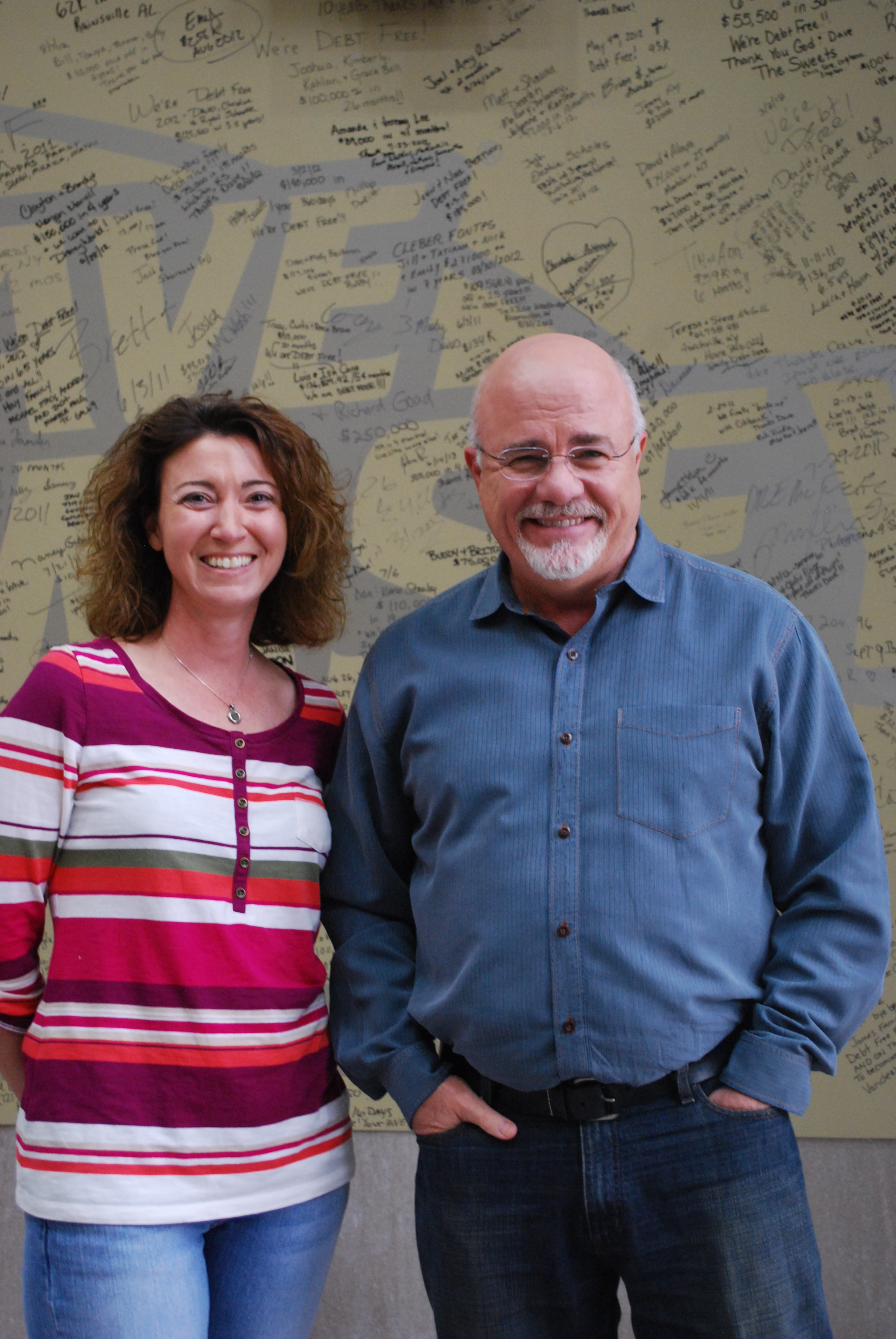 I got an updated photo with Dave to replace the sorta blurry one from last year. And  watched a debt free scream in person.  If you’re not familiar with the debt free scream, it’s a tradition on the show.  Folks who have paid off all their debt (including or not including the mortgage) call in or show up in person to talk about how they paid it off and scream “I’M DEBT FREE” live on air.  I watched Timothy, a 24-year-old single guy.  On air, he explained how he paid off $19,000 in mostly student loan debt in 12 months on a $36,000 salary.  Impressive. I absolutely loved why he decided to get serious about paying off debt.  His girlfriend told him she didn’t want a Christmas gift; she just wanted him to take Financial Peace University so he could get out of debt. Wow, the things we do for love!

Even from our nosebleed seats, George Strait was amazing – the best concert of his we’ve seen.  It hit me during the concert that George and Dave actually have a lot in common. Really, they do. They both have somewhat of a cult following.  They both have a way with words – George with his songs, Dave with his clichés. They both are on the radio a lot. And, well, let’s just say, there aren’t a lot of surprises with their wardrobes.  For George it’s a cowboy hat and Wranglers.  For Dave, it’s the blue shirt.  He seems to be breaking out of his comfort zone lately with some green and grey shirts, but there’s just something about that blue shirt.

And one last thing they have in common. They have co-written with their child. George Strait doesn’t talk much in his concerts; he likes to just stick to the singing. But every song he co-wrote with his son Bubba he made sure to tell us about.  You could hear the pride in his voice.  Dave just recently wrote a book with his daughter Rachel Cruze, called Smart Money, Smart Kids, scheduled for release on April 22.  It’s geared for parents who want to teach their kids how to manage money and make wise financial decisions.

Guess who is reading an advanced copy of the book right now?  That would be me! I was selected to be on the launch team for the book.  As a brand new blogger, this is very exciting! Within a Facebook group for the team, I’ve “met” many other more experienced bloggers and others who are as passionate (maybe even more) as I am about helping people achieve financial freedom. I’m about half way through the book and can’t wait to finish.  It is full of practical advice for parents to teach children the value of work, how to be wise spenders and savers, and how to be generous givers. I’ll give a more detailed review in future blog posts.  But for now just know if you have a kid, this book was written for you.  If you don’t have kids living with you, it’s a great baby shower gift or gift for any parent really.